Being an artist is hard. In order to compose a piece of music, wide knowledge in diverse subjects is required. It is unfair to expect artists to be proficient in every discipline involved in the creation of an artwork, however a high quality is expected in every facet of the artist’s work.

We see the creation of an artwork as group effort and understand the relevance a piece of art has for its creator. The right team can and must enhance and supplement the composer’s capabilities. That’s what we are here for.

We like the challenge of finding creative technical solutions for artistic problems, and enjoy supporting the creators with technical expertise.

Taking care of something means that everybody else can stop thinking about it, and can put their minds to work on other stuff. We do that with the technical planning, development, implementation and the execution of pieces. We develop software, put together hardware, design sound systems and do the sound direction live. Furthermore, we produce detailed documentation to assure that artistic creations using technology don’t become obsolete.

All in all, we like to make artists happy.

omslo: the sound you would hear if someone with a spanish accent shouted “Ohm’s law” from another room.

why are we here?

The whole system for Music for solo performer had to be programmed and built to be performed before and after the concert in an adjacent room.

Mauro Hertig's piece was first composed to be an acoustic piece, but for this concert I worked with him to develop a patch to enhance some of the sonic qualities of the piece. I needed to find a setup that worked for Punto Rosso, Weapon of choice and Polychronization.

The setup for Alvin Lucier's piece resulted more difficult than expected, because the piece is not very well documented, and it's very difficult generate the desired alpha waves to test the system. The actual sound produced is not important in this piece, but the functioning of the system that lies behind. I decided to use a commercial ECG headband and program a PureData patch to read the values and output them as an audio signal to the speakers. The speakers had to be placed upside down and filled with some small objects that made noise in case the speaker moves.

The design for Aurelio Edler-Copes' piece was pretty straight forward, the speaker setup is very well described in the score (one speaker in front of each player) and it worked very well in the hall. I decided to use the same setup for Polychronization and the outer two speakers for Schubert's "Weapon of choice".

The Fabrica 126 is a multipurpose space in Sofia. The hall we got on the fourth floor had no installed PA system so I had the opportunity to chose the whole system from ground up. I decided to use four d&b E12 speakers in front of the musicians, and use only the outer for the first half that only needed a stereo PA, and a mixing desk from Allen&Heath.

Alexandert Schubert's "Weapon of choice" requires the use of an Wii controller attached to the bow of the violin player that communicates with the main computer via Bluetooth. Instead of using an USB extension for the USB Bluetooth receiver as stated on the score, I decided to leave the main computer on stage near the performer and program a PureData patch that controlled the main Max/MSP patch via OSC from the FOH. This approach proved to be very successful, even when using OSC over a wireless network.

Mauro wanted to enhance the beatings occurring when the cello player detuned one note against another sustained one. For that I programmed a PureData patch with two very narrow band pass filters that moved according to the frequency that needed amplification on each measure. For the second half of the piece a long reverb was added to merge the actions between the measures. 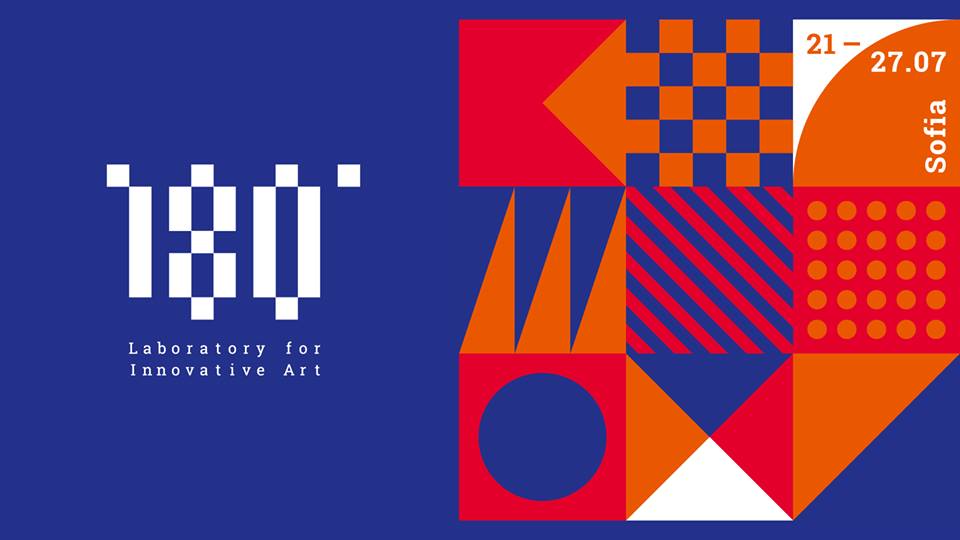 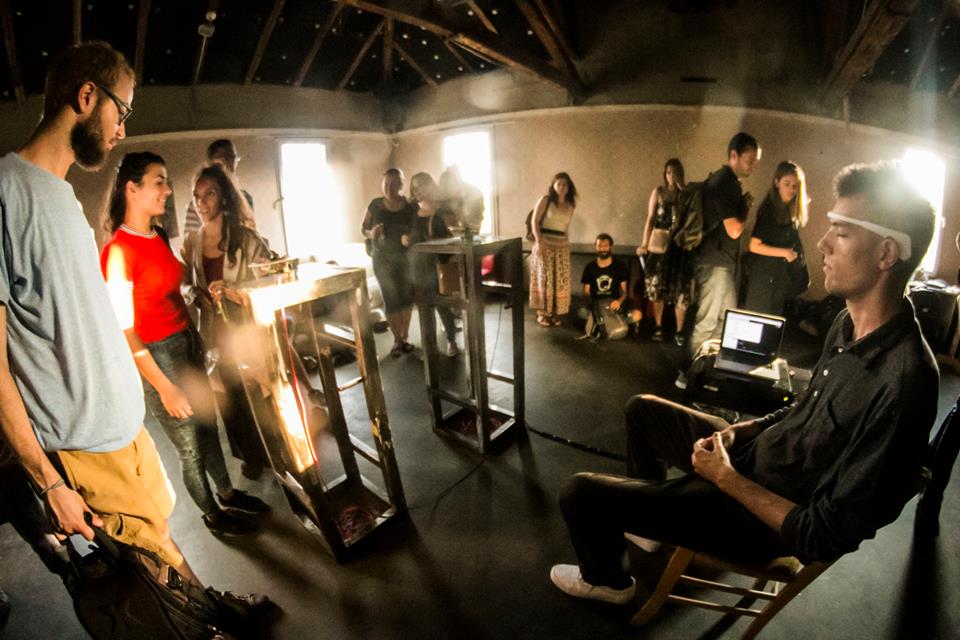 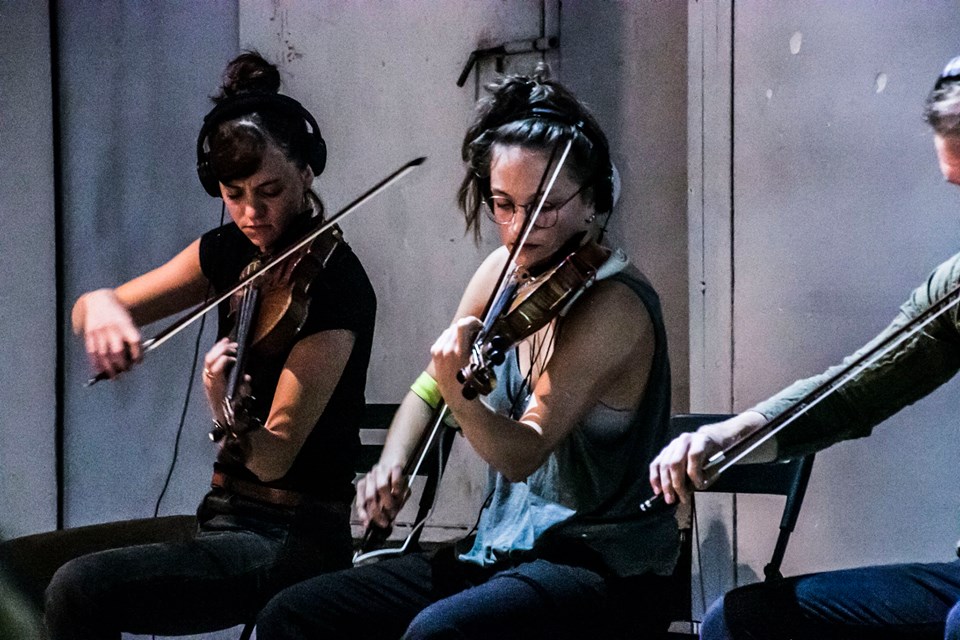 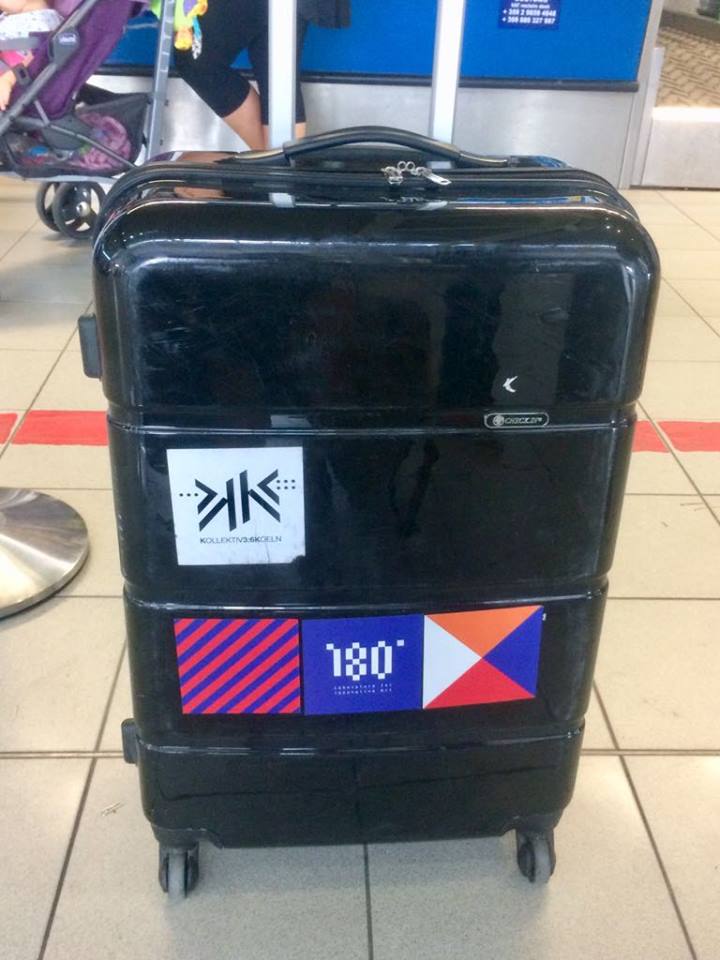